By tparker on October 15, 2020 in Uncategorized 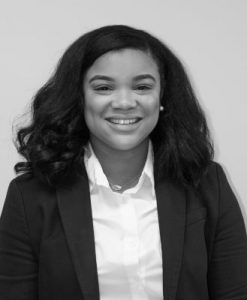 Hill Hill Carter Franco Cole & Black, P.C., is pleased to announce the promotion of Carami Garrett to her new position as an associate attorney. Garrett will join the firm’s education and employment practice groups and work in the firm’s Birmingham office.

“We are excited to welcome Carami to the Hill Hill Carter team in her new role as an associate,” said Dana Hill, Birmingham office managing shareholder. “Having worked with Carami as a law clerk over the past two years, she has exhibited a strong work ethic and dedication to the legal profession, and her clerk experiences have prepared her well for this new position with the firm.”